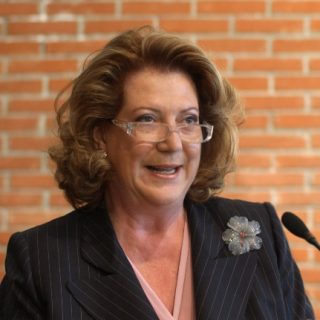 She is Chairman and Chief Executive Officer of Bracco, a healthcare multinational Group founded in 1927, and  of Centro Diagnostico Italiano, a full-service polyclinic which offers different services of prevention and is regarded as a centre of excellence at a European level. She is also Chairman of the Bracco Foundation.  Under her guidance the Bracco Group has acquired a leading position in the diagnostic imaging at a global level. Today the Company has revenues of around 1,25 billion Euro, of which 81% from international sales, and around 3,450 employees. In the Research and Development area, the company invests approximately 9% of reference turnover in the imaging diagnostics and medical devices sectors and has a portfolio comprising over 1,800 patents.

Diana Bracco is currently President of the National Life Science Cluster – ALISEI and is member of several Boards including the Board of Bocconi University and the Board of Accademia Teatro alla Scala.

She was  also President of Expo 2015 SpA and Commissioner General of Section for the Italy Pavilion at the Expo Milan 2015.

Some contents or functionalities here are not available due to your cookie preferences!